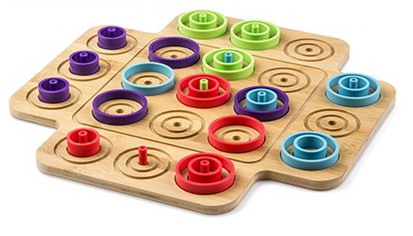 When researching a previous post called Do brain development games really make a difference? my opinion was confirmed that playing board games is not just entertaining but can improve your brain function too. Our brains need exercise just like our bodies if they are to remain sharp and function at their best.

I was coerced into playing games on Christmas Day and I remembered just how much fun it could be. We decided to play Pictionary, much to my chagrin, because I knew my attempts at drawing were going to provide the others with some laughs. I am quite a wiz at all the word games but drawing is certainly not my strong point. I was not wrong but it was the laughs that made the game so much fun. My elephant may have looked like a donkey but my mother’s attempts all resembled body parts!

I began thinking about the board games that we played when I was still a child. I remember with fondness long, boring rainy afternoons spent playing games of Scrabble and Monopoly. My family loved playing Cluedo on camping holidays but now that my children are adults, the Cluedo set stays in the cupboard.  The old familiar board games are still popular and probably will be for years to come. My mother of 82 and her friends have an afternoon of Scrabble once a week and I am glad she has a fun way to exercise her brain cells. Many of the older games have been updated over the years. Balderdash is one of my favorite games (because it’s all about words!) and it is currently available with new content and categories. The categories are Weird Words, Marvelous Movies, Incredible Initials, Peculiar People and Laughable Laws.

Are the younger generation bored with board games?

What is the attitude of the younger generations towards board games? This thought crossed my mind recently.  Do they regard them as incredibly boring now that there is so much other excellent entertainment available? Well, when I began doing some research, I was truly surprised. I discovered that more great board games are being created than ever before. Now that indie inventors have more opportunities with the existence of crowdfunding, new board games, especially fantasy ones, abound. I had an inkling that a shift was under way when I noticed that my son of 28 and his friends were arranging evenings just to play board games. This was quite a change from the days when he spent all his time playing online games. 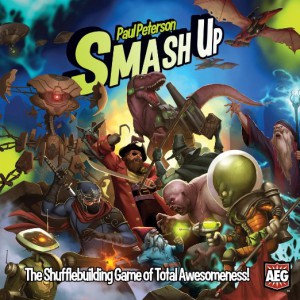 My son and daughter persuaded me to play a game of SmashUp, a 3 to 4 player game. This is more of a card game than a board game using decks of  different factions. Robots, Aliens, Dinosaurs, Zombies , Ninjas, Tricksters, Wizards and Pirates all have different game play powers. For example, Zombies keep coming back from the discard pile.  You choose two factions and shuffle them together creating a combination  – Pirate-Aliens, Ninja-Zombies, Wizard-Dinosaurs and so on.  You draw a hand of 5 cards and you are ready to play your minion and action cards to build up points at a base. Once you’ve accumulated the right number of points, the base breaks and people get points based on the value of their minions on the base.  Smashing up bases is worth victory points. The first player to score 15 victory points wins!

My Verdict: It was great fun to play this game as a family. I found it quite difficult to keep track of the powers of all the factions – the younger generation are totally familiar with zombies, wizards etc. due to all the fantasy novels they read and video games they play.  The fact that the game offered plenty of player interaction and game play choices was a big plus. I also liked the fact that it took under an hour to play, unlike some of those games of Monopoly that used to take forever. I am quite sure my friends will not want to play this game anytime soon. However, I am not averse to playing it again with my son and daughter. I could see how much they enjoyed it and by the end of the game when I was getting the hang of it, I realized just how much strategy was required and it gave my old brain cells a good workout. The game is for age 12+ so if your children are younger than this, they may find it too difficult.

Other games to improve brain performance

I am an affiliate of a store called Marbles: The Brainstore. They have collected together a great variety of products that help with brain stimulation. Here are some of their popular products:

Otrio is an excellent 2-4 player strategy game that helps to develop your critical thinking and strategic skills. You have to get three circular pieces of your color in a row in either ascending or descending order. You must get the same sized pieces in a row, or three concentric pieces in the same space. It’s like tic-tac-toe on steroids,  easy to learn but not that easy to master.  This is a fast and fun game for a family game night.

Rock Me Archimedes is for two players and it combines strategy, skill and a little bit of luck. It  consists of a wooden board that rocks, a special die and 28 marbles. To win, you must be the first player to get four marbles to your end of the board without reaching the tipping point. This usually takes about 30 minutes. This is the type of game that you can leave out on your coffee table and persuade anyone who takes an interest to play with you.

QUARTO! is an award-winning game with a seemingly simple objective. You have to outwit other players by lining up four pieces with common

characteristics. The catch is that getting four in a row is not so easy when your opponent chooses the pieces.  A single game can be played quite quickly but it requires concentration, strategic thinking and visual perception. The game changes with each move but it is easy to learn and can be played with anyone from a grandchild to a grandma.

In a recent cognitive study researchers at Johns Hopkins University divided participants into memory training, reasoning and speed-of-processing groups. The memory training group were taught various strategies for remembering sequences, lists, ideas and story details. The reasoning group were instructed how to solve problems with patterns to help them with tasks like completing order forms or reading bus schedules.  The final group focused on identifying and locating visual information quickly.  The results showed that as few as 10 sessions of cognitive training improved abilities and that these improvements lasted up to a decade. Dr. George Rebok, lead author of the study said, “Showing that training gains are maintained for up to 10 years is a stunning result because it suggests that a fairly modest intervention in practicing mental skills can have relatively long-term effects beyond what we might reasonably expect.”

If 10 sessions of cognitive training offered such stunning results, it’s a no-brainer that consistently playing board games can achieve similar or even better results. Play games that require strategy, critical thinking, visual perception and memory skills and you will do your brain a great favour.