Why is the over-50 divorce rate rising? 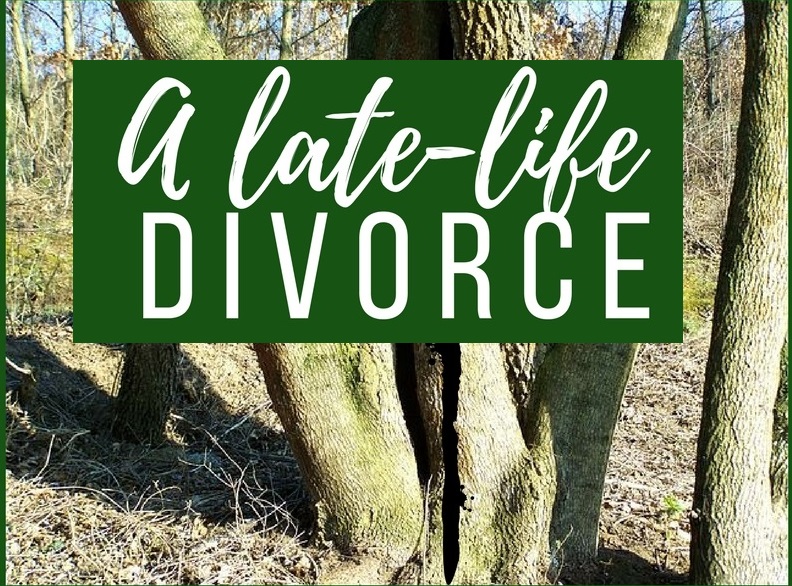 Why are so many couples who have been married for years getting divorced? ‘Gray divorce’ figures are rising at a time when other divorce figures are dropping.  In a survey done by the Office for National Statistics in the UK, it was found that the number of over-50s who separated or divorced had risen by 33% between 2002 and 2013. They were the only group whose divorce figures had increased. Studies in the United States have shown that the same trend is occurring there. The rate is continuing to rise and it is being referred to as “the gray divorce phenomenon.”

Those who are part of this phenomenon are referred to as “silver splitters”, a trendy term that does little to describe the impact of a late-life divorce on those going through it. I personally believe that even if you have been the initiator of a late-life divorce, the process of recovery is far from easy. Much untangling has to take place in every area of your life when you have lived together for many years.

The exact reasons for ending a long term marriage are hard to determine. Nobody knows what really goes on within the four walls of a home. However, a factor that seems to be playing a big part in these rising figures is that people are living longer. This means that once the children have left home, a couple may still have many years of life left.

The idea of living together in an unhappy marriage for another 20 – 30 years after the children leave home may feel like an unbearable option for some. Perhaps the relationship has been in decline for many years already and it has been rather like a balloon leaking air a bit at a time. At some point it becomes totally flat.

My friend Karen said “We both just felt it was time to go our separate ways. There was no drama or tears.  I think we both realized that our time together was over and we wanted different things out of life in the future. We get along well now that we live apart.”

I envy those couples who love their empty nests because they have more time for one another and for enjoying life together. They often have the opportunity to travel, take up new hobbies and even embark on new business ventures. My ex and I often talked about taking a year off once our children left home. We would buy a caravan and stay for months at a time in caravan parks along the beautiful coastline of South Africa. It was not to be and I have had to find other dreams to take its place.

Some couples manage the transition to an empty nest very well but I have read enough to know that even if you face it as a couple, this does not mean you won’t feel bereft when your children leave home. When you are single or divorced, the impact tends to be more severe, however, because you are often left completely alone.

When you are raising your family, children become the focus of your life. As a couple, you overcome many obstacles together and set aside your differences for the sake of your children.

My parent’s generation did not see divorce in the same way as it is seen today – they often stuck it out together, even if they were unhappy. My generation, with the focus on individual happiness, is not willing to do this.  Today many women are able to support themselves financially and no longer feel they need a man in the same way as previous generations of women.

Sue gradually accumulated qualifications over the years and became a very successful career woman. When she eventually asked for a divorce at the age of 65, her husband was horrified.  She says. “He would never have wanted a divorce because we lived together comfortably enough. But I wanted more out of life.”

Sexual compatibility is also a factor that plays a part in divorces that occur in later life.   Incompatibility between partners can increase in later life for various reasons such as illness or hormonal changes. When one partner has a greater level of sexual desire than the other, it can spell trouble.
In the past, aging men had to accommodate to the changes they experienced due to age-related decreases in testosterone levels.  Now, with products like Viagra, many aging men think and act like men decades younger.  Infidelity often plays a part in a late-life divorce, as it did in mine.

Social media has had some influence too. Some long term marriages have broken up as a result of romances that develop online. People may read posts about the lives of others and realize just how unhappy they are in comparison. The possibility of meeting another person online, especially one who is of the right age and with the same interests can be intriguing, especially if a marriage has become completely humdrum.

Whatever the reason for the decision to divorce in late life and even if it’s mutual, I believe people tend to underestimate the consequences. Issues that arise with any divorce such as loneliness, potential loss of social support networks, financial problems and reactions of family members are usually much worse after a long term marriage. Even if the children are adults, they often still experience much pain, contrary to what may be expected. No matter at what age it occurs, divorce is a tearing apart and when so many more years have gone into a life together, the severing is that much more complex.

How an empty nest and divorce has changed my life

If anyone had told me I would be facing an empty nest and divorce together one day, I would not have believed them. The idea of divorce was never on my radar – I may have made threats once or twice over the years but that’s all they were –  carelessly spoken threats that I never thought would become a reality. My mother and father were very happily married for over 50 years.  I now have the dubious distinction of being the first person to get divorced in the family. As my divorce came after 32 years of marriage and at the same time as my youngest child left the nest, I was forced to dig down really deep, have faith and use all my reserves to survive the transition. So much for slowly evolving into the empty nest phase – I was brutally thrust into it and it was a case of sink or swim.  END_OF_DOCUMENT_TOKEN_TO_BE_REPLACED