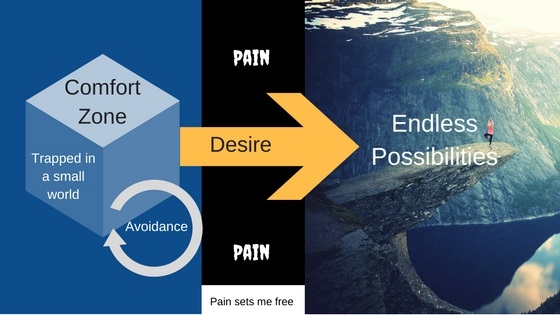 The book Tools by Phil Stutz and Barry Michels is aptly named as it offers five life tools or techniques to unlock our potential. Phil Stutz is a psychiatrist and Barry Michels a psychotherapist and they have many years of experience between them. At the heart of this book is their belief that we have the ability to solve our problems by using tools to connect us with a world of limitless forces.

In the introductory chapter, Barry Michels describes his frustration as a young practicing psychotherapist. He had come to the realization that encouraging his patients to talk endlessly about past trauma wasn’t giving them any relief in the present day. When he met Dr. Phil Stutz this changed.  He began to learn from him and apply certain tools Stutz had developed over the years.

All five tools are clearly explained and simple to apply. In each chapter, stories about patients like Vinny, a talented but self-destructive stand-up comic, help to drive home how well the tools work. Each chapter ends with frequently asked questions and a helpful summary.

Summary of the Tools

The first tool is called “The Reversal of Desire”.   We tend to barricade ourselves behind an invisible wall and don’t venture out because beyond the wall is pain. This safe space is our ‘comfort zone’.  Life provides us with endless possibilities but along with them comes pain.  People who refuse to live limited lives drive through the pain and experience the possibilities. What gives them the strength to do this their sense of purpose. What they do in the present, no matter how painful, has meaning in terms of what they want for the future. The force this tool activates is the “Force of Forward Motion”. This force is the power of life itself.

The second tool is “Active Love”. The force it releases is “Outflow”. Outflow is an infinite spiritual force that gives of itself without restraint.  The work that we do when we use this tool is to create a miniature flow of love inside us that puts us in sync with the Outflow.  This tool is used whenever someone enrages or provokes us.  In using it, we need to take three steps: concentration (gathering up love), transmission (conduct it) and penetration (feel it enter the other person). Every time we feel wronged, we have a choice. We can do nothing and enter a maze where we replay what the person did and become trapped in the past or we can use “Active Love” to unify ourselves with the “Outflow”, and move on with our lives, free of anger and hurt.

The next tool is all about finding confidence and inner authority.  The tool is “Inner Authority” and the higher force is the “Force of Self-Expression”.  Inside all of us is a Shadow we are ashamed of and that we can never get rid of no matter how hard we try. The Shadow is defined by the authors as ‘everything we don’t want to be but fear we are, represented in a single image’.  Our reaction to our Shadow is to turn away and look outside of ourselves for validation. The trouble is that no amount of validation from outside works in the long term. When our Shadow is brought out of hiding and we bond with it and speak with one voice, we are able to speak with authority. Human connection is made possible because the Shadow is the part we all share and without it we exaggerate our differences from others and feel separate from them.

The fourth tool is used to create peace of mind. When we worry all the time or have negative thoughts, we create a negative energy that hangs over us like a cloud. The sun is still shining but when we are under that black cloud, it’s as though it doesn’t exist. This is when we need to use the tool “The Grateful Flow” and release the higher force of “Gratefulness”.  We need to pick out things in our lives we can be grateful for – particularly those we normally take for granted.  In this state we are able to penetrate the black cloud and make connection with ‘the Source’, the power of infinite giving. In the material world, whatever we gain we can also lose so peace of mind never lasts for long. For peace of mind to be lasting, it has to come from an ongoing connection to the Source.

The fifth and final tool called “Jeopardy” helps us to build unstoppable “willpower”.  This is the tool that makes us keep using the other tools. We usually feel a sense of urgency when we’re in jeopardy of losing something important: a job, a relationship, physical safety.  To develop willpower, we need to find a permanent source of “Jeopardy” and the only thing we’re at risk of losing every moment is our future. Imagining our own death is a powerful reminder that there are only so many moments in our lives and every moment is priceless. We use the distractions of consumerism to avoid facing our fears.  Using “Jeopardy” breaks through our denial and turns our fear into an urgency to act. That urgency ignites our willpower.

What I liked about the book

The ideas behind most of these tools are not new. Pushing through pain to get to possibilities is a familiar concept to many, There’s nothing new about exuding love either. The idea of the Shadow is a familiar concept in psychology and Carl Jung’s work in this area is well known. Many people have realized that being constantly grateful can have a profound effect on their lives. Even the concept of imagining your death to give your life more purpose is far from revolutionary.  However, although these ideas are not new, the way they are put together and linked to higher forces, creates an entirely new perspective.

I also liked the fact that these tools seemed to work as more than just an ‘attitude adjustment’. They changed the behaviour of the patients who used them.  I think anyone who actually put them into practice and maintained this for a while would inevitably see changes in their lives.  The authors say they wrote the book with this in mind and have even created an app to help people apply the tools.

The authors describe ‘The Source’ as the force that created us and remains intimately involved with our wellbeing.  They espouse a new spirituality where external forces, like authority figures,  institutions or ceremonies no longer define spirituality for us. They have lost their influence through corruption, paralysis, or irrelevance. Individuals need to be empowered to replace them and change our society that lacks faith and purpose. They see personal problems as driving spiritual evolution and as we learn to embrace adversity, our relationship with higher forces is deepened. This was an interesting way of looking at the state of society and spirituality today and how it could be changed.

As a believer in God, I did not like the watered down terminology. The authors said readers could substitute the terms ‘higher forces’ and ‘The Source’ with other terms such as God but this felt like somewhat of a compromise. I think what they said would have had more impact if they had been more direct.

I could imagine how readers from an atheistic or scientific viewpoint would battle with supernatural aspect of the book. How can you release higher forces if you don’t believe in them? However, Michels himself came from an atheistic background and when he doggedly applied the tools, he found that his belief system changed.

I didn’t much like the cartoon-like, labelled diagrams. I decided to create my own diagrams based on their examples.

Some of the language used in the exercises made me want to scream but for all the wrong reasons.  “See the pain appear in front of you as a cloud. Scream silently at the cloud, ‘BRING IT ON!’ … Then, “Scream silently, ‘I LOVE PAIN!’ … as you leave the cloud, feel yourself propelled forward into a realm of pure light.”  I just couldn’t see myself doing this.

I personally did not like the use of the word ‘jeopardy’ for the final tool. This tool involved using a deathbed perspective to create an urgency not to waste the present.  Vinny makes a quip in the book “Doc, in a million years I would never have guessed the secret to happiness: just think about death all day.” I  found imagining my own death all the time was too difficult for me. I understood what this tool was meant to do but unfortunately in practice is just did not work for me.

I believe that these tools can work if they are applied consistently.  However, I do think that it is difficult to keep on applying them. The last tool is the one that apparently helps you to continue applying all the others. My failure with this tool probably explains why I didn’t have the willpower to persist with the others although I did try! Perhaps you will have more success than me. You can purchase the book on Amazon.