Dating when you’re over 50 and divorced 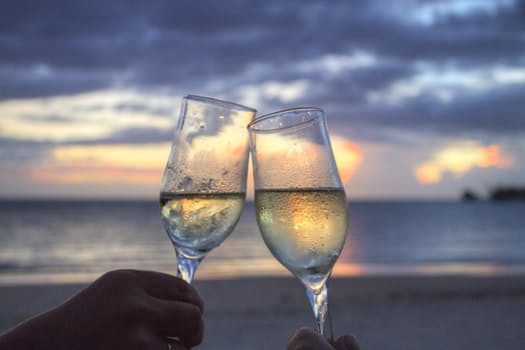 It’s very hard to go from being in a long-term committed relationship to dating someone else. Just the idea of it is often so nerve-wracking that you don’t even attempt it.  However, conquering any fears and taking the plunge may be just what’s needed.  That’s what I’m telling myself at any rate. I know that if I don’t do it soon, I’ll never do it. Of course dating when you’re over 50 and divorced comes with its own set of challenges.  I recently took a tentative first step by browsing through some of the sites out there.

For those of us who grew up without the internet, using it for dating feels very strange. Research has shown, however, that a large and growing number of people over 50 are using dating sites now. Any stigma attached to it appears to have disappeared. When my children flew the nest, my social network became a little smaller and with my divorce it shrank even more.  I’m unlikely to meet someone unless I step outside of my close circle of friends and this is why, despite my initial reluctance, I have been looking at internet dating sites. Of course I am terrified but it’s all about taking my life off autopilot at this point.

“As a single parent with a couple of grown children my hope is that I can find someone who is in a similar position. I’m hoping to build a relationship with a mature, aware, evolved woman. I am looking for someone who can be open and honest, reliable and spontaneous, not too serious, knows how to have fun. I am intelligent, adventurous, honest, good sense of humor, reasonably attractive, and romantic.”

This is the type of advert that every woman is looking for but the truth is that we cannot afford to believe everything we read. When getting involved in online dating, we cannot afford to be naive. There are many unscrupulous individuals out there but there are also many people genuinely looking to meet and date. Finding the right dating site is a step in the right direction.

The overwhelming number of dating sites makes choosing one difficult. Some sites, like Tinder, are used mainly by younger people. Both my son and daughter have used the Tinder app.  You sign in via Facebook and photos of men or women in your area ping on to your screen. You then press a green heart or a red cross in response. It’s totally superficial as far as I can see because it appears to be based on attractiveness but apparently it’s quite addictive.  Despite the fact that my son and daughter have suggested I use Tinder, it is definitely not a site for me – too many young, attractive users! Match.com is one of the most popular dating sites with plenty of users over 50. It’s useful features, easy navigation and many success stories have led to a large and varied user base and you receive suggested matches daily. However, local and city based sites are probably better than Match.com if you’re looking for someone who lives in your area. Such a site won’t have as many users but your potential matches may not even live too far away from you.

Many sites are dedicated specifically to over 50s. This immediately introduces you to a pool of potential partners of the right age in your area who share your interests. Some sites are more niche and dedicated to those with a specific interest or background. For example, if you are a Christian, you could join a Christian dating site.

At over 50, when it’s already intimidating to join a dating site, it’s helpful to find one that is quite easy to use. You can browse sites without having to complete a profile or pay a subscription and this will usually help you to decide whether you want to join or not.

I discovered from looking at a number of sites for over 50s that most of them work in a similar way. You set up your profile and upload a photo. You will usually complete questions about your looks, lifestyle, beliefs, education and your ideal match.  Some sites require more detailed personality tests than others. You need to give yourself a user name.  Before you can communicate, you have to pay a subscription fee and most sites charge a monthly fee. Before you send an email to someone, you usually have to ‘wink’ at them or give some other indication that you would like to make contact. If they ‘wink’ back at you, you know that you’re chatting to someone who’s interested.  Once you start communicating, you can find out more about what the other person is expecting. All interaction usually takes place on the site and emailing directly is not encouraged. Many safeguards are usually put in place on the best dating sites to protect your privacy as far as possible.

Some dating ‘don’ts’ once you’ve landed a date

1. Don’t even go on a date unless you’re ready to face rejection.

You need to be in a healthy emotional state before you start dating again. Dating inevitably brings with it the risk of rejection and you have to feel strong enough to deal with it. You’re unlikely to meet a new partner right away. You may have to go on many dates where you will just not be attracted to the other person or vice versa.

If you aren’t yet over your ex and constantly talk about him, this can quickly put off a potential new partner. Sharing all the details of your divorce too early on will probably push someone away. Bonding over your baggage is a bad place to start. Focus on the present and the person you are with.

3. Don’t talk about your health issues.

4. Don’t cling to the first man who comes along.

If you cling onto the first man who takes an interest in you and asks you out on a date, you’re making a mistake. This is especially true if you were married for a long time. Don’t try to recreate the life you had before. If it doesn’t work out with someone after a few dates, don’t try to force it. Don’t keep calling the person who doesn’t call you.

If you’re looking for someone because you’re needy and lonely, the other person can become an emotional crutch. You should be in a place where you would like to have a partner but don’t need one. You will carry all your past problems into a new relationship if you haven’t devoted time to grieving  and finding your own strength again after your divorce.

Getting back into dating can be frightening when your body is ageing and you don’t even remember how to go about it anymore. It’s probably best to start by seeing it as a way of meeting new people and increasing your friendship circle. Making new friends is a first step. It’s possible that one of these friendships will eventually become something more. You will feel far more comfortable at the idea of finding new friends rather than looking for ‘Mr Right’.

You may think that it’s too late for you to find another person. I have thought this myself for quite some time now. I have also been content to be on my own and rediscover myself and what I really want out of life. However, I realize that I probably have quite a number of years left  and at times I think it would be nice to share it with someone.  The way I see it is that there’s nothing to lose by registering on a dating site. So, that’s my first little baby step. Whether I would have the guts to go on a date is another story altogether. I’m very good at giving advice to others that I don’t apply myself!