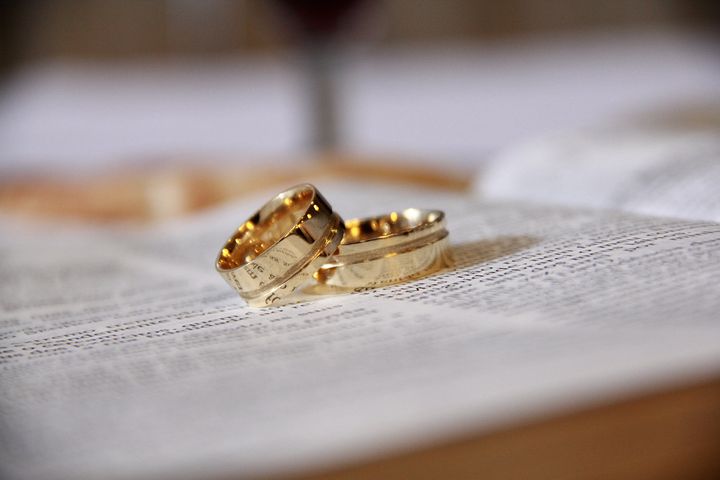 Divorce and Christian are two words that do not seem to belong together. As a Christian I went into my marriage with the belief that we were making a binding covenant with one another. I believed that we were equally yoked and that our mutual love of God would ensure we would be together forever. The possibility that I would be divorced one day did not even exist for me.

There are some well-meaning believers who think that because you are divorced, you have failed God. They believe that your only option is to pray for reconciliation and if you do get divorced, they believe you have committed the unforgivable sin.

In the past I myself assumed that divorce always showed a lack of faith or trust in God, no matter what the circumstances. I thought that if the couple just believed more or worked harder at their marriage, it could be always be salvaged. Then my own marriage fell apart.

What does the Bible say about divorce?

In Matt. 19 Jesus responds to some Pharisees who ask Him whether it is lawful for a man to divorce his wife for any cause at all. He answers by saying that husband and wife are ‘one flesh’ and what God has joined together no man can separate. He then says in verse 8-9 “Because of your hardness of heart Moses permitted you to divorce your wives; but from the beginning it has not been this way.  And I say to you, “Whoever divorces his wife, except for immorality, and marries another woman, commits adultery.”

It seems quite clear that God does not approve of divorce. Despite this, we see many divorced Christians. How is it possible to live with this contradiction?

Divorce is messy and hurtful. God does not want you to have to go through it. But we live in a less than perfect world.  Just because God sees divorce as the opposite of what He intended, does not mean that He no longer accepts you as a divorced person. You may feel, like I have at times, that you are wearing a big, shameful letter ‘D’ for divorce on your chest that brands you and sets you apart. But His unconditional, redeeming love for you means that when He looks at you, all He sees is the blood Christ shed for all sin.

God’s given us free choice

I wanted to blame God for my divorce. I felt He had let me down. He had to gently remind me that He has given us free choice. In doing so, He took the risk that some of our choices would be less than perfect.

Marriage was intended to be a glorious expression of oneness but because He gave us free choice, it does not always end up that way. However, His love for His children means He can still bring life and hope out of devastation.

I have seen in retrospect that He has provided for me spiritually, emotionally and physically, even at times when I had lost faith and didn’t believe He was there for me.

Maybe you don’t understand why you have to go on the journey you are on, but He can use it to do what He wants to do in your life anyway. Why would He abandon you when you are going through a divorce and need His love more than ever?  His love for you is unconditional which means that nothing you do can drive Him away.

If you apply the letter of the law to your situation, you are likely to feel condemned, judged and a failure. You have to reach in to the depth of God’s compassion instead. Believe that “He heals the brokenhearted and binds up their wounds.”  Psalm 147:3.

As a divorced Christian, this is what I have come to believe.

Remarriage after divorce is a thorny issue amongst Christians. There are some who believe remarriage is never an option. Others believe it is only an option in the case of adultery. Some scholars say remarriage is always allowed because of God’s grace.

In the book Light in my Darkest Night, Catherine Marshall’s second husband Leonard LeSourd records how Catherine was faced with a dilemma when he asked her to marry him because he was a divorced man. She talked to many counselors and pastors who all had different opinions. Eventually she felt the Lord saying the following to her:

“The Lord is in the business of restoring broken homes and healing damaged families. He hates divorce, as He hates all sin, for the harm it does in every life it touches. But He does not lock us into our sins; He is the God of redemption and new beginnings.”

I  believe that although divorce is the opposite of what God wants for us, He does not turn away from us because of it. He is the healer of broken hearts and creates beauty from ashes. He reaches out to those who cry out to Him from the ruins they have made of their lives, bringing restoration and healing.  His grace abounds in just such situations, and love triumphs over hatred and judgment.