Is protein important to your diet as you age? 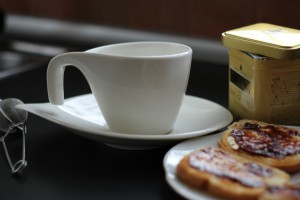 A recent poll (Seven Seas October 2015) has revealed that many empty nesters are eating unhealthily. They seem to lose incentive to cook meals when their children leave home and tend to rather grab a cup of tea and some toast than eating a proper meal. In the study of 2000 people of over 60, almost half admitted that their diet isn’t that healthy and 12% admitted that it was worse than it had been in the past when they had to make healthy, balanced meals for their children. Why is this so concerning? Is protein important to your diet as you age?

Your body changes as you age
As you age, your body composition changes. You start to lose muscle strength and mass due to a number of factors such as changing hormones, reduced muscle response to the intake of protein and , for some people, less physical activity.  The fancy term for this slow loss of muscle mass is sarcopenia and it can bring with it all kinds of health problems. Sarcopenia can start even before the age of 50, says IL-Young Kim, a researcher into Aging and Longevity. END_OF_DOCUMENT_TOKEN_TO_BE_REPLACED