Is there a natural mosquito repellent that works as well as DEET? 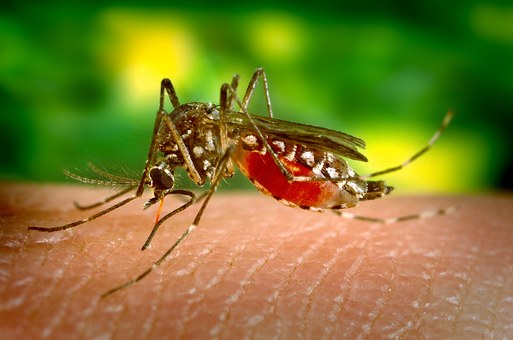 The red bump and itchiness of a mosquito bite is familiar to most of us. Mosquitoes can ruin our sleep with the persistent buzz of their wings and they have an uncanny way of avoiding our attempts to swat them.  Beyond the mere nuisance factor, they are carriers of some of the world’s deadliest diseases. There are plenty of commercial products on the market that will kill them with just one squirt – and they are claimed to be completely safe. Concerns about the safety of DEET, however, have led many of us to search for a natural mosquito repellent that works as well.

Why we need protection against Mosquitoes

Mosquito bites cause skin irritation through an allergic reaction to the saliva. Itchiness and a red bump is normally the extent of the reaction. However, some mosquitoes are well-known disease carriers and mosquito-borne diseases kill millions of people worldwide every year, particularly the elderly and children in developing countries.  Malaria, Dengue, Yellow Fever, West Nile Virus and Zika are all carried by mosquitoes . The Zika virus, discovered in 2014 off the coast of South America, is  currently causing concern in the United States.

Repellents in the form of sprays, coils or electric socket tabs usually contain DEET.  DEET is a powerful chemical the US military created in the 1940s.  The EPA has completed several assessments of DEET over the years. They say “we continue to believe that the normal use of DEET does not present a health concern to the general population, including children”.

This is contrary to opinion of Mohamed Abou-Donia, a pharmacologist at Duke University, who  has spent many years researching the effects of pesticides.  He studied the effect of DEET on rats and he found that when they were exposed for a long period, regions that controlled muscle movement, memory, learning and concentration were affected. The rats were treated with an average human dose of DEET (40mg per kilogram of body weight) and they performed far worse than the control group.

Abou-Donia was of the opinion that ” frequent and heavy use of DEET, especially in combination with other chemicals or medications, could cause brain deficits in vulnerable populations.”  In 2012, he studied the combined effect of Permethrin and DEET  (Permethrin is not applied to the skin but is used on clothing and gear) and found that combined exposure to these compounds produced behavioral, biochemical and metabolic alterations in rats.

There are other studies that have shown that while some people have a sensitivity to DEET  most are unaffected if they follow the instructions on the label and do not expose themselves over a prolonged period.

In 2002 a study was made of the effectiveness of DEET in comparison with seven widely available botanical repellents. It was found that DEET was much more effective than the botanical-based repellents. No non-DEET repellent  was able to provide protection that lasted more than an hour and a half.

Fortunately, the situation has changed since the 2012 study and many new natural repellents are now available. In 2005, the U.S. Centers for Disease Control (CDC) granted approval to two alternatives —picaridin and oil of lemon eucalyptus.

Picaridin is a synthetic compound developed from a plant extract, the same group of plants that are used to make table pepper. This compound has been widely used as an insect repellent in Europe and other countries like Australia but it only became available in the United States in 2005.  Picaridin does not kill mosquitoes but repels them and makes them less likely to bite.

Consumer Report tests by the CDC showed that two products kept mosquitoes from biting for about 8 hours. The two products, Sawyer Picaridin and Natrapel 8 Hour, both  contain 20% Picaridin.

The Sawyer repellent is safe to use on the whole family. It can not only be applied to the skin but also to clothing and outdoor gear.

The Natrapel has a gentle floral fragrance.

This is the only plant-based ingredient in insect repellents that has been approved by the CDC.  Oil of lemon eucalyptus is a natural oil extracted from the twigs and leaves of the gum eucalyptus plant.  It is available in several different forms.  P-menthane-3,8-diol (PMD),  a synthetic version of the oil, has excellent repellent activity.  “Pure” oil of lemon eucalyptus (e.g. essential oil) has not been tested for efficacy and safety and is not registered with EPA as an insect repellent.

These products do not repel mosquitoes but seem to simply mask the attractive signals that humans send out so mosquitoes can’t locate their target. In tests PMD products were shown to prevent bites from aggressive mosquitoes for 4 to 7 hours and for more than 12 hours from less aggressive mosquitoes. This was a greater period of prevention than a product containing 10% DEET.  Studies have shown that concentrations of PMD at 20-50% provide between 2-12 hours of protection against different mosquito species.

Cutter Lemon Eucalyptus also contains a 30% concentration of PMB that will keep the mosquitoes at bay for about 6 hours.

Overall, users are very enthusiastic about these two mosquito repellents. Some reviews say that they are effective but do not last quite as long as a DEET-based spray.

Hundreds of homemade formulations for mosquito repellents are available online and essential oils are often used in these recipes.  There is a strong history of use of essential oils dating back to Ancient times. Some of the oils used are thyme, geraniol, peppermint, cedar, patchouli and clove. Essential oils appear to help to mask the chemicals from the human  body that attract mosquitoes.

Catnip is a perennial herb belonging to the mint family and Nepetalactone is the organic compound in catnip that is extracted through distillation.

In a study in 2001, US researchers put mosquitoes into tubes treated with either DEET or catnip oil  and then counted the insects left in the treated ends of the tubes after 10 minutes. The study used  the species of mosquitoes that carries Dengue fever. They found that Catnip oil repelled the mosquitoes 10x more effectively than Deet.  “Often repellents are quite specific to the insects,” said Dr Walter, one of the researchers, “so this result does not necessarily mean that catnip oil will be a universal alternative to DDET”.

As these are 100% pure essential oils, they need to be diluted with witch hazel or rubbing alcohol.  A carrier oil like coconut or soybean can be added too, for longer lasting protection.

Citronella oil is extracted from various species of lemongrass.  Citronella and geraniol candles are widely sold as outdoor repellents but they are not that effective against mosquitoes. Citronella needs to be applied frequently and only appears to provide about 20 minutes of protection.

Essential oils evaporate quickly so the problem is that they only protect the user for a short while and then need to be re-applied.  By mixing an essential oil with a large molecule like vanillin, protection time can be prolonged because the release rate of the volatile oil is prolonged (vanillin is a vanilla extract alternative).  Another way to prolong the effect is by using gelatin-arabic gum microcapsules.

Pressed from seeds of the Neem Tree, this oil has been widely advertised as a natural alternative to DEET.  However, the results of studies have been variable. Several field studies from India have indicated that it is highly effective whilst other studies have shown mediocre results.  The EPA has not approved Neem for use as a topical insect repellent. Neem has a strong scent that some describe as being like that of burnt peanuts.

Soybean oil appears to increase the protection time of other ingredients, like citronella, rather than being effective on its own. A soybean-oil-based repellent protects against mosquito bites for an average of about an hour and a half.

All Terrain Herbal Armor uses six natural-repelling oils (soybean, citronella, peppermint, cedar, lemongrass and geranium) at 25% total concentration. It has proven to be 100% effective for two hours and 95.8% for three hours. Herbal Armor is non-irritating, allergy tested, and safe for sensitive skin.

Other plant-based oils that are often used are coconut oil and palm nut oils. They are useful as carriers for other ingredients because they contain unsaturated fatty acids and emulsifiers. The product spreads more easily and evaporation is slower.

We all want a means of protection against mosquitoes that is safe, pleasant to use and effective. The good news is that natural mosquito repellents are improving all the time. PMD and Oil of Lemon Eucalyptus have been approved by the CDC and are proving to have long-lasting protective qualities.  Many plant-based ingredients are effective for a while but the problem is that they are not long-lasting. Ways are currently being explored of prolonging their effectiveness.