Why forgiveness matters after a divorce 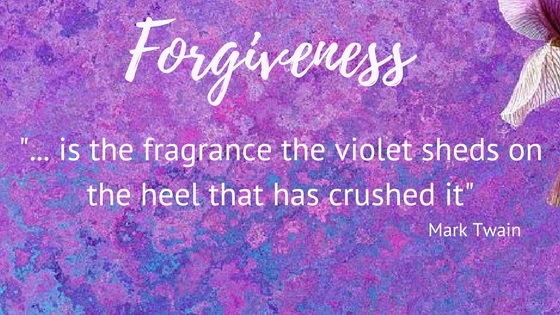 Erica July 25, 2017 0 Your relationships forgiveness after divorce, how do I forgive

A divorce is one of those life events that’s a perfect breeding ground for feelings of hurt, guilt, resentment and anger. The natural response to being hurt is to want to hurt back. You want that person who has hurt you to feel the full weight of what you are feeling. In the face of the extreme emotions that come with divorce, the idea of forgiveness may seem impossible. It means embracing a way of thinking that’s contrary to the natural human reaction to hurt.

There are several misconceptions that can prevent people from wanting to forgive.

If you have any of these misconceptions about forgiveness, it’s worth exploring more about what it really means.

What does asking for and giving forgiveness really mean?

Asking for forgiveness is not as simple as saying “I’m sorry”.  Those words are used so often, they do not mean much anymore. It’s too easy to just say sorry but If you are truly sorry, it means that you understand exactly what you are sorry for. You take responsibility for any harm you have caused and in so doing you implicitly agree not to repeat the behavior.

When I think about someone who has been in an abusive marriage, I imagine that it must be extremely difficult to even think about forgiveness. Some psychologists believe that in such a situation, the victim should not feel pressure to forgive the abuser. They feel that they should not have to struggle through a process of forgiveness when they have already been hurt so much.

Forgiving someone does not mean that you excuse the other person’s behavior or that you pretend it didn’t happen. C.S. Lewis says “…here also forgiving does not mean excusing. Many people seem to think it does. They think that if you ask them to forgive someone who has cheated or bullied them you are trying to make out that there was really no cheating or bullying. But if that were so, there would be nothing to forgive. (This doesn’t mean that you must necessarily believe his next promise. It does mean that you must make every effort to kill every taste of resentment in your own heart – every wish to humiliate or hurt him or to pay him out.)”

Forgiving someone does not mean that you trust them or that you have to reconcile with them.  Some people equate forgiving with having to go back into an abusive situation.  I overheard a woman at the divorce court say “My husband hits me all the time.  If I forgive him I have to go back to him. I don’t want to forgive him because I just can’t go back to him.”   Forgiveness may bring about reconciliation in some cases but it is not a necessary condition for forgiveness. In some cases, the offending party may be, for whatever reasons, unwilling to reconcile.  In other cases, it is practically impossible or doing so might expose you to additional psychological or physical damage. It’s possible to forgive a person and still not trust them in areas where you know they have a weakness, such as an addiction or a track record of being unfaithful.

Forgiving and forgetting is often coupled together but when you forgive someone, it does not mean that you automatically forget.   Just because you have chosen to forgive does not wipe out your memories, especially when you have spent years together making those memories.  When you’re faced with painful past memories, it does not mean you have not forgiven.  When you have forgiven the offending party, it does take some of the sting out of the painful memories but it takes time for memories to fade.

Your abusive ex is unlikely to ask for forgiveness but that does not take away your choice to forgive him or her. I believe that forgiving the one who has hurt you helps to release you.  This quote by Catherine Ponder describes this perfectly “When you hold resentment toward another, you are bound to that person or condition by an emotional link that is stronger than steel. Forgiveness is the only way to dissolve that link and get free.”

I like the following quote too because it makes you realize that just because you forgive someone, does not mean you can expect forgiveness in return or that the other person will change.  “Sincere forgiveness isn’t colored with expectations that the other person apologize or change. Don’t worry whether or not they finally understand you. Love them and release them. Life feeds back truth to people in its own way and time – just like it does for you and me.” – Sara Paddison

How do I forgive?

Studies have been done by scientists where they monitored what happened in the brain when people imagined forgiving someone. The brain showed increased activity in the neural circuits responsible for empathy.

Forgiveness flows from insight and empathy which is the ability to understand and share the feelings of others.   Empathy enables you to see all your own flaws and limitations as well as those of the other person. You understand that both of you are human and fallible.  Few of us are altogether innocent of a need for forgiveness.

The concept of forgiveness is at the core of the Christian faith, as can be seen in the following scripture. Ephesians 4:31-32  says “Let all bitterness and wrath and anger and clamor and slander be put away from you, along with all malice.
And be kind to one another, tender-hearted, forgiving each other, just as God in Christ has forgiven you.  The fact that you have been forgiven by God enables you to forgive others.

Forgiveness is never easy and it is not a once-off event. You can’t “hurry up” and forgive someone to try and ease the pain. It takes time to work through your emotional issues before you can truly forgive your ex spouse. Trying to forgive someone too soon because you feel that you have to do so does not result in true forgiveness and it can retard the healing process.

Complete forgiveness of someone who has deeply wounded you or abused you is not easy but it is possible.  Martin Luther King says ““Forgiveness is not an occasional act, it is a constant attitude.” Anger and pain have a way of coming back in waves and you have to maintain an attitude of forgiveness, even when you least felt like it.

Why should I forgive?

Studies have shown that people who do not want to forgive someone who has harmed them often start withdrawing.  They experience such a loss of trust that it affects all their relationships. Nelson Mandela said “Resentment is like drinking poison and then hoping it will kill your enemies.”

Forgiveness will also help to release your ex-spouse from the paralysis of guilt he or she may be feeling. This can lead to healthier interactions between you. As a result you will be a happier person,  a better parent. and the stress of having to communicate with your ex when necessary is reduced.

Forgiveness will help you to let go of feeling like a victim. In choosing to forgive, you are letting go of feelings of helplessness and taking back power. You are accepting the fact that bad things have happened to you but you have chosen to respond with love and grace.

Most of us are harder on ourselves than we are on others. We struggle to forgive ourselves, even if others have forgiven us. Letting go of your judgmental attitude towards yourself and others, can take you from feeling stuck and hurt to feeling relief and compassion. Your heart feels unblocked and you’re ready to be vulnerable again.

Forgiving those who wrong us helps us move beyond strong negative emotions which, if allowed to fester, have a way of harming us psychologically and physically. Forgiveness also benefits those who hurt us, releasing them from blame and guilt so they can move forward in their lives too. As humans, we are all fallible and I believe we all need to be able to give and receive forgiveness.