How an empty nest and divorce has changed my life 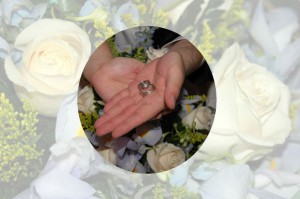 If anyone had told me I would be facing an empty nest and divorce together one day, I would not have believed them. The idea of divorce was never on my radar – I may have made threats once or twice over the years but that’s all they were –  carelessly spoken threats that I never thought would become a reality. My mother and father were very happily married for over 50 years.  I now have the dubious distinction of being the first person to get divorced in the family. As my divorce came after 32 years of marriage and at the same time as my youngest child left the nest, I was forced to dig down really deep, have faith and use all my reserves to survive the transition. So much for slowly evolving into the empty nest phase – I was brutally thrust into it and it was a case of sink or swim.

Apart from the divorce and my empty nest, I was also facing serious financial difficulties. My ex-husband had his own business and I had helped him to run it for many years. We were forced to close the business for various reasons and he had to take up a job far away from home. The distance took its toll on our relationship. Perhaps we had already been drifting apart for years but it was still a severe shock when I realized that my marriage was over.  I was left at the age of 59, unemployed and in debt – rather a nightmarish scenario but funnily enough, one that has jolted me into action and forced me to grow as an individual.

I envy those couples who are loving their empty nests because they have more time for one another and for enjoying life together. They often have the opportunity to travel, take up new hobbies and even embark on new business ventures.  My ex-husband and I often talked about taking a year off once our children left home. We would buy a caravan and set off, stopping wherever we wanted to along the beautiful coastline of South Africa. Well, that was not to be and I have had to find other dreams to take its place. Now, my dream is to go traveling on my own to many different countries – a dream that is on hold for now as I try to get on my feet financially. However, I have read enough to know that even couples find it difficult to transition into the next phase without experiencing conflicting emotions.

Some couples even throw parties when their children leave home and rejoice in the fact that they have successfully brought them up to be independent adults. There is certainly nothing wrong with that – after all, that is the goal we all have when bringing up our children.  However, reactions to an empty nest are unpredictable at best. When you are single or divorced, the impact tends to be more severe because you are left completely alone, without a partner with whom you can share your emotions. Having said this, I also realize that many couples actually choose to divorce once their children leave home.

I only realized when doing some research on the topic that many  people today choose to divorce once their children have left home. In a survey done by the Office for National Statistics in the UK, it was found that the number of over-50s who separated or divorced had risen by 33% between 2002 and 2013. They were the only group whose figures had increased and an empty nest was considered to be one of the main reasons for the increase.

When you are raising your family, your children become the focus of your life. I know that our family of four was a solid unit for many years. We had our inevitable ups and downs as a couple but we overcame many obstacles together and set aside our differences for the sake of our children.  I think the fact that we did this so well is one of the reasons why my children have really struggled to come to terms with the divorce, despite the fact that they are now in their twenties.

Once the children leave the nest, a couple has the chance to rediscover the reasons why they got married in the first place. However, what can also happen is that animosities and issues that have been buried for years rise to the surface. Couples may discover that they are unhappy and they don’t see a reason to stay together any longer. Other couples probably just realize that they have drifted apart and no longer have the same interests, goals or aspirations.

Divorce is seen differently
I think my parent’s generation did not see divorce in the same way as it is seen today – they often stuck it out together, even when they were unhappy. My generation has no such qualms. Perhaps one of the reasons for this is because people are living much longer. You may just have to spend 30 or more years living together once your children have left home.  This may be an unbearable option if you are unhappy, especially when you still have the possibility of having a new relationship, making the most out of life and ticking off some of those items on your bucket list.

Social Media
Social media can also play a part in divorces that occur at this age. People may read posts about the lives of others and realize how unhappy they are in comparison or they might meet another person online.

What has changed for me?

My life changed irrevocably due to circumstances largely beyond my control and I could either crumble and fall apart or make the transition with grace.  I rely on God every day and know that He is holding me in the palm of His hand. I have rediscovered parts of myself that have been buried for many years. When you face a situation you don’t think you can endure, and you come through it, all you can feel is thankfulness.

Financially, I am starting to get out of debt. If you are in debt, you need to seriously consider a free debt analysis. Somehow when you see where you stand and realize there is a way to resolve it,  you are more able to sleep at night. It is better to face up to the situation and tackle it head on. Hoping and praying it will just go away without taking action is not enough.

More than $10K in unsecured debt? Want a Lower Monthly Payment? CuraDebt has 14 years experience and an ‘A’ Rating with the BBB. Click here and get a FREE debt analysis.

Spiritually, I feel as though I have been in the flames of the furnace for some time. The thing about fire, though, is that it does its work of refining and purifying. Eventually, all the dross is burned away and the pure gold remains. I am not there yet, but I am starting to feel a sense of peace and wholeness that I have not felt for some time.  It was easy to forgive my ex-husband. We have always been good friends and I think there is a strong possibility that our friendship will survive.

Mentally, I have begun to understand that I have developed some negative thought patterns over the years and I am working to change them. All in all, I feel I am in a better place mentally than I have been in a while.

It is interesting to speculate about why the over-50s divorce rate has increased so much over the past 10 years. Is it because people are living longer? Do they think they can re-enter the dating game and find a more suitable partner? Is it because there is no longer such a stigma attached to divorce as there was in the past? I don’t know the answer to this. I would be very interested to hear your comments.