Tips on decluttering your home

When you’ve accumulated possessions over a period of three decades, it’s a mammoth task to try and sort them out.  I knew I would have to tackle the task slowly step by step.  What I have experienced as I get rid of clutter is how cathartic it can be. My mentality now is that there is no reason to hold on to items that I no longer need or want.

In a large family, clutter tends to pile up. Paperwork  lies on counters, school homework on tables and clothing in piles. When four people or more live in a home they can create a fair amount of chaos.  When my kids moved out, they left plenty of clutter behind. They were always accusing me of throwing out stuff they wanted to keep so I would store it in my garage.  I am still waiting for them to go through it many years later so they can tell me what I can discard.  Here are some tips I used to help me when I was feeling overwhelmed by all my clutter.

Allocate a certain time to getting rid of clutter every day, even if it is half an hour. Don’t allow yourself to get distracted from your task during this time.

Begin with one small area – organize one drawer, clear one counter or choose an area that frustrates you every day. A sense of accomplishment will motivate you to want to do more.

One thing that bugged me endlessly was all the cords lying around so a cord organizer was essential.

3. Don’t have one major purge

Just as clutter takes time to build up, it also takes time to bring it under control. If you have a major purge, you may end up regretting having thrown out so much and with such an approach, clutter does not take long to build up again as you have not really changed anything, except divesting yourself of some possessions. It is far better to establish new habits, find new ways to organize and create new routines.

4. Use a four box strategy

I have found the method of using four boxes  really useful. One box is used for items to be keep, another for items to give away or sell, the third for items to store and the fourth for items to be thrown away. After using the four boxes for a session of decluttering, take time to follow through and put away items, leave the second box in a spot ready for giving away or selling and put the third box in storage. Clearly mark the storage box. Throw the rest of the items in the trash can and empty it quickly before you change your mind!

I frequently lose my cell phone and my keys so I have developed a little routine. As I enter the front door, I immediately hang up my keys on a key rack. I hang up my jacket on another peg in the entrance hall and I have yet another peg for my purse. I take my phone out of my purse and place it on my desk next to my computer. I have also developed the habit of  immediately sorting through the mail and throwing out unwanted items. I place the rest of the items in a folder on my desk. 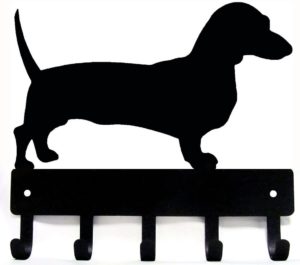 6. Create a home for items

One of the main reasons for clutter is because items do not have homes. If you have a home for every item and always return it to its home after use, you will always be able to find it.

Instead of having to dig through a drawer, organizers can make finding items much easier. It helps if the organizer is clear and you can see everything inside.  This deep utility organizer on Amazon has adjustable compartments. 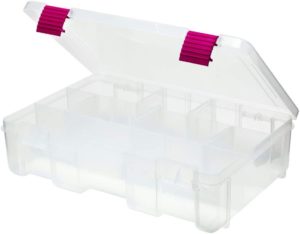 If you purchase a new item, like a new pair of pants, take the opportunity to throw out a pair you no longer wear. One in, one out. You can even build this up to one in, two out to really reverse the tendency to clutter.

I found that I began to feel much less burdened when I began to declutter. I couldn’t believe how much I was able throw away and I am still busy doing this, bit by bit.   As I become more organized,  I feel less as though I am drowning and more like I have some control over my life.